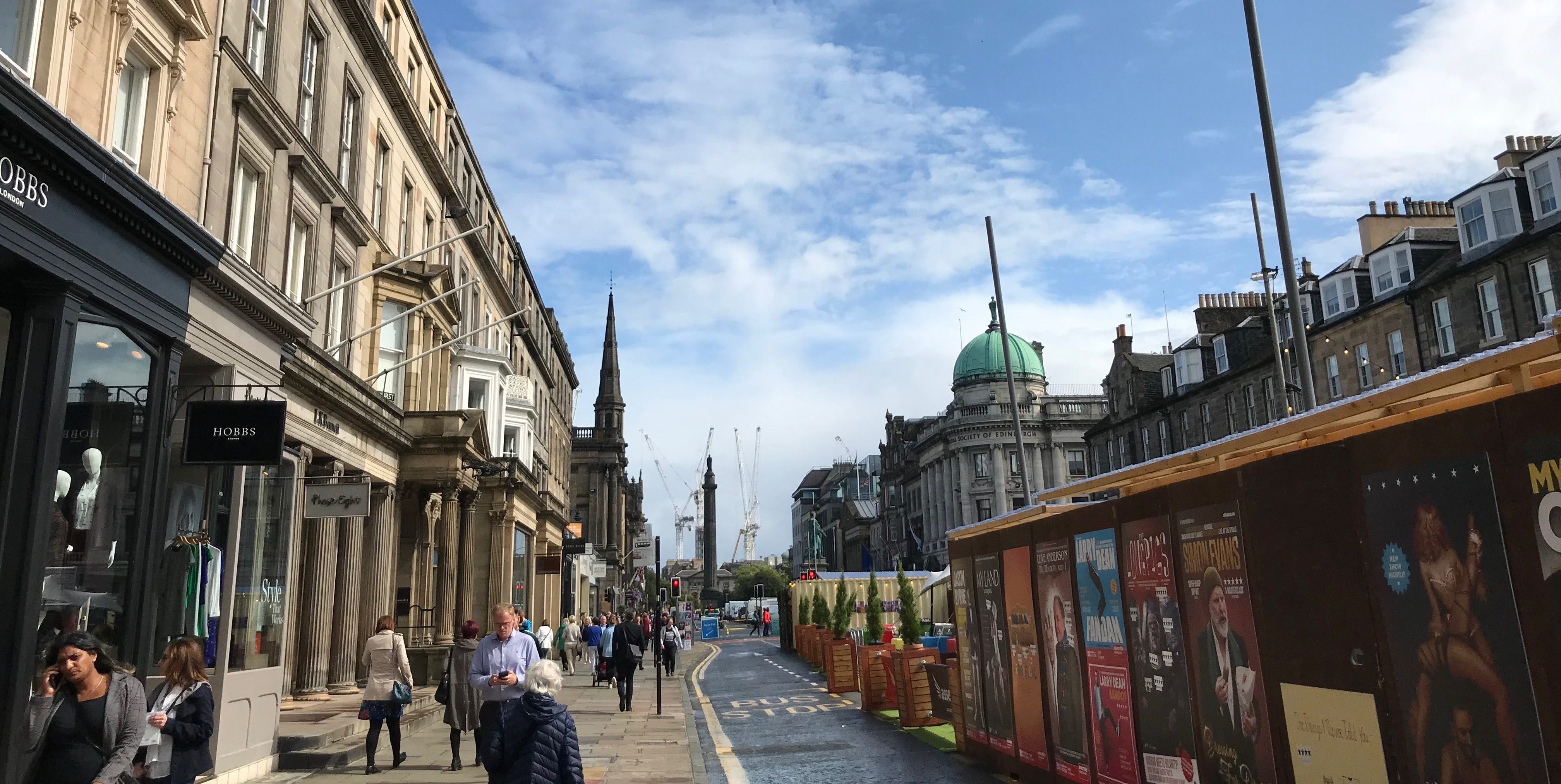 Posted at 18:24h in Uncategorized by morven 0 Comments

imitating the dog has chosen, over the years, to only take a show to Edinburgh if we’re successful in submitting work to be selected to be part of the British Council Showcase. This showcase provides a brilliant opportunity to have your work seen by international delegates, including programmers and festival bookers from all over the world. It’s been absolutely key to the success of the company ever since 2011 when we performed Hotel Methuselah in Summerhall’s inaugural year as a venue. Due to various reasons too boring to go into here we didn’t have a show we considered to be suitable for the 2019 showcase. Which meant members of the company were instead able to concentrate on having meetings with friends and colleagues from the UK, Europe and beyond and to see as much work as physically possible.

With this ‘distance’ it was interesting to have a particular perspective on conversations being had in Edinburgh this year. There’s a lot of talk about the future of the Fringe, with financial costs to companies rocketing this year, as well as around the mental, emotional and physical cost to artists trying to reach as big an audience as possible in the pressure-cooker that is the biggest arts festival held in one fairly tiny city on the planet. Much worth reading has been written on this, from blogs to articles in the national press. Brexit was also a subject which came up but honestly not as much as I’d expected. I am hopeful this was part of an ongoing sense that we, as a community, must and will do everything we can to maintain existing relationships, build new ones and repair any bridges we can in albeit testing circumstances. The machinations of UK and global politics of course come to bear on how and where we continue to make arts projects happen but it is absolutely central to how ITD functions as a company, to do everything in our ability to keep our relationships with people, with theatres, with arts organisations here and abroad not only open but thriving.

Orla O’Loughlin, now Vice Principal & Director of Drama at Guildhall School of Music & Drama and previously artistic director at the Traverse in Edinburgh has said that it’s the responsibility of artists to remain optimistic. And no matter how gloomy the horizon may appear, I think she’s right.